The Navarino Athletic Association U.A. is the governing body of the Navarino Rangers, Navarino Little Leaque & T-Ball. The team was originally started in 1934 by Ira Hilliker. The team played under the Galesburg name until 1950. Navarino is a charter member of the Dairyland which was founded in 1959. The Navarino baseball team became the "Rangers" in 1980. The property where the ball field stands was donated by George and Rosette Henn in 1948. Over the years many improvements have been made to the ballpark. The most significant was the installation of the lights in 1991. In 2005 a new electronic scoreboard and outfield fence were installed. A new play ground was recently installed at the ballpark. 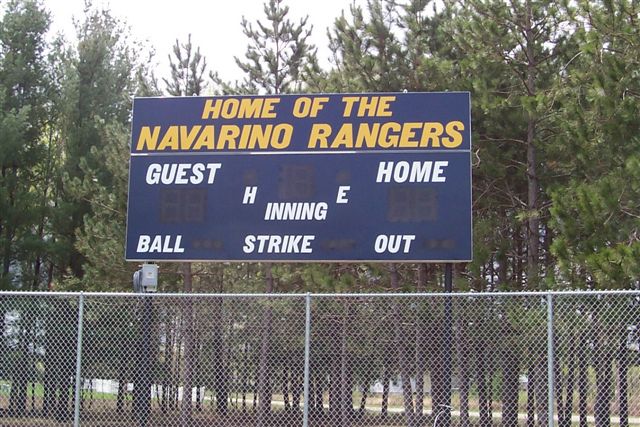