Josie and Walt Anvelink opened up Walt's Bar in Navarino in 1930. They ran the tavern 48 years, seven days a week. In the early years Josie and Walt cut and stored enough ice to get the tavern through the summer. When Walt passed away in October of 1981, she continued on with the bar business, eventually slowing down to open just once a week. Before deer season each year, she often joked that she would be dancing in her red "shimmy," which she said was sure to bring in the customers. During deer season, she had customers who came north each year and stopped by to visit before heading on to the cabin, many of whom over the years would introduce her to their children and eventually their grandchildren. "Josie's," as it came to be called, wasn't just an institution in Navarino; it was a tradition for hundreds of people across Wisconsin.

Laugh, drink and be merry was the protocol for a night in Josie's bar. True happiness was the sound of Josie's laugh. When you walked into Josie's bar, you walked into another time. Your worries, your cares, well, they all seemed to melt away, even without a good dose of "tea." She was, and will always be, Navarino. Josie firmly believed in giving back to those who gave to her. Walt’s bar supported the baseball team for over 75 years and many other community activities over the years.

Josie passed away in March of 2006 at the age of 94.A bouquet of flowers was slipped into the handle of the door at Walt's Bar in Navarino the day of Josie’s funeral. That door opened to many generations of families looking to get away from it all in the comfort of what came to be known as "Josie's." 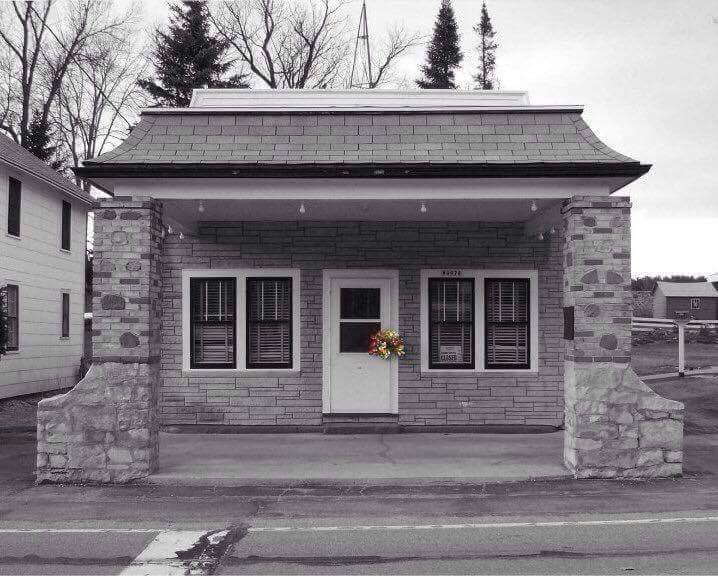 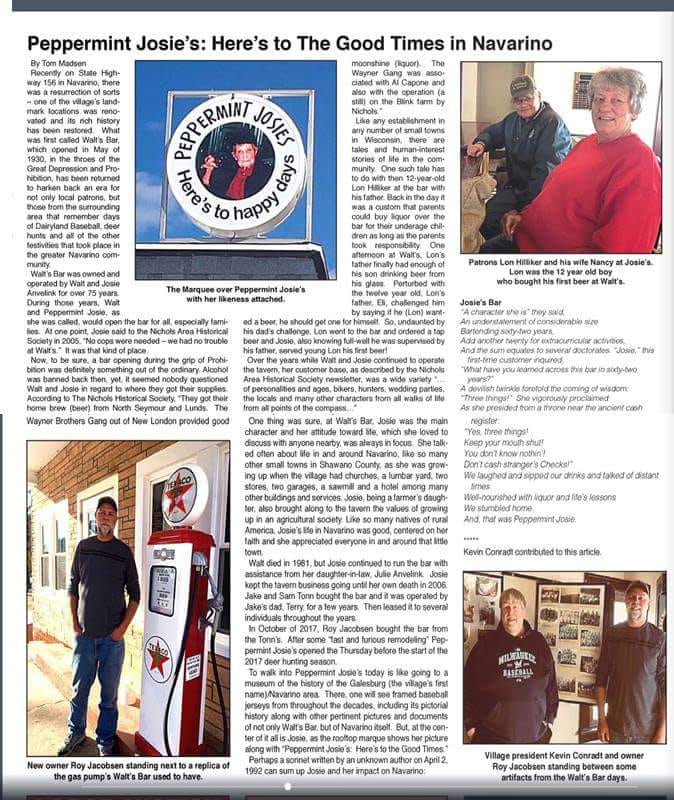